Being that this Corvette is a convertible, the interior is practically as noticeable—and thus important—as the exterior of the vehicle. To start things off, Roberts installed Procar 1000 Series seats covered in Bloodhound Red leather from Relicate. The rest of the interior; including the center console, dash and door panels; were also covered in the same Bloodhound Red leather. 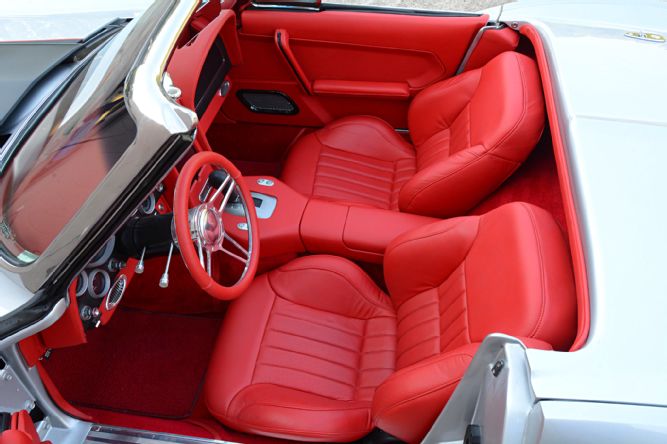